At 09:45 on Thursday 23rd February 2017, after a speedy elective C-section, we welcomed Ottilie Asta, our beautiful daughter, into the world.  We tried for around 3 years to get to this moment, but I’ll cover all of those details another time, this one is just about the most special day of our life.

We arrived at the hospital at 7am on a very cold and windy morning, it was actually the day that Storm Doris hit us.  After a quick chat with our midwife, I was given my two sexy hospital gowns – one to cover the front and one for the back – anti-embolism socks to adorn and Zoe fulfilled a lifelong dream and got into her electric blue scrubs.  I took my last pregnant selfie whilst getting ready and then at 09:00 we were taken down to the operating theatre.  I remember feeling very strange knowing that when we were next in that corridor we would both be mums.

The theatre was all very odd, there were so many people in there.  The surgeon, midwives, anesthetists, porters, nurses to name just a few, all just talking very calmly amongst themselves about very normal non-medical things.  I was sitting on the edge of the bed anxiously looking out of the window – a window in the operating theatre, who knew?  And was quietly terrified about the epidural and then I was suddenly the centre of everyone’s attention and the questions started.  Can you feel this?  Is it cold?  Can you move your arm there?  Can I just stick this here?  I was overwhelmed and at one point I remember saying to Zoe and the midwives, I can only see half of your faces.  This of course was completely ridiculous, as they all had their heads completely intact and I hadn’t even had any drugs yet – it was a bizarre feeling.

At 09:37, as I sat clenching my pillow, the anesthetic was administered which stung a little and then a minute later the epidural.  I can honestly say I had nothing to worry about there, yes there are the risks, which we were made fully aware of on that massive bit of yellow paper you have to sign.  But for me personally I had hyped it up to something it wasn’t and squeezed the life out of the midwifes hand in the process.  I was told that I had 10 seconds to lay down and get into position once it had been injected, and being a bit slow I didn’t make it in time so they then had to bounce me about to get me to the right place.  Zoe was told she could move closer at that point and the blue curtain was pulled up.

We had a few requests: That the curtain was lowered as O was born, we wanted to keep our placenta and we had our own crocheted cord-tie to use – a rainbow and cloud one obvs – and that was it.  I was suitably numb from the chest down and then the procedure began.  It was an odd feeling, like I knew something was going on, but it just felt unusual, not even uncomfortable, just strange.   Zoe said I was being pulled around all over the place as she was peeping around the curtain and then I heard the word forceps – wait, wait, what do you mean forceps?  Ottilie was so big that 5 people could not get her out of the sunroof, even with the surgeon pulling at the slice from one side whilst the others pushed my bump, they needed bloody forceps.  I remember hearing it but it didn’t register, I actually think I went a bit mad in that room, time just didn’t seem real and it was like I wasn’t myself for a few minutes.

Anyways skip to 09:45, just 8 minutes after I was sitting on the bed getting an epidural, the blue curtain was dropped and there was Shelley our midwife, holding up our little big babe. The rush of love and absolute relief that she was here and healthy was like a wave crashing over me. 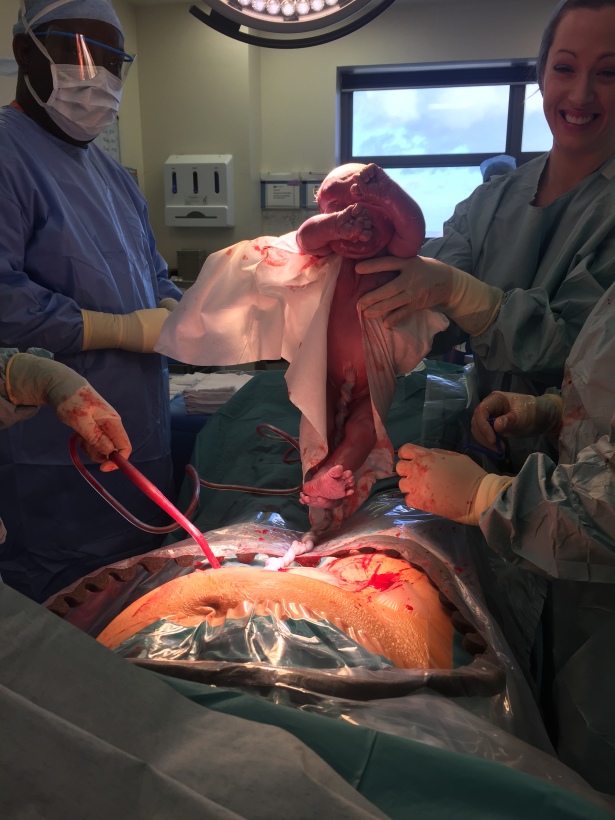 She was taken away to get checked over and Zoe was off, she cut the cord and our placenta was checked and put in a pot ready to get collected for encapsulation. 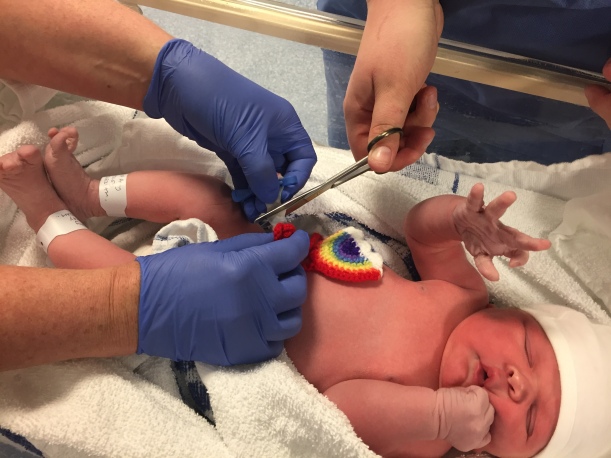 And then she was brought to me.  All 9lb 14ozs of her.  Our pink, squidgy little babe who we had waited so long for, was finally here.   We were in love immediately of course, but there wasn’t a massive display of gushing tears as you see on one born or in the films.  Just a few slow tears that rolled across the bridge of my nose at just how amazing it was to have our baby here in my arms.  Actually it was more like one arm as there really isn’t a lot of room on those beds after a C-section.  After a few minutes, off Zoe and O went so they could sew me back together again. 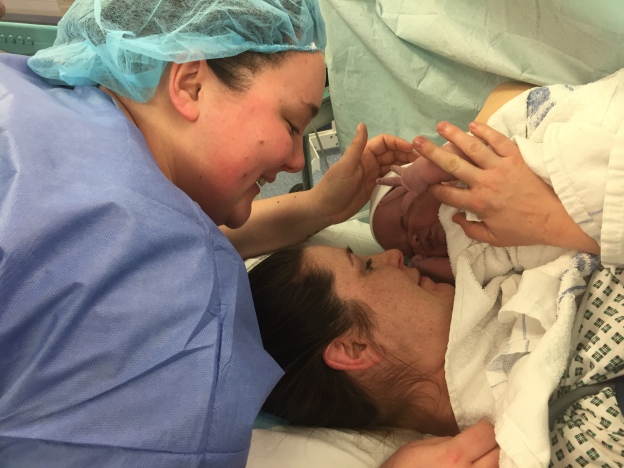 This next bit goes by in a blur and I felt like I was only there for another 30 seconds, although it was much longer.  I was sharply brought back to reality by someone telling me that they were just popping a suppository in, followed by them putting their finger up my bum which was A-OK with me.  Whatever got me back to my gang the quickest. 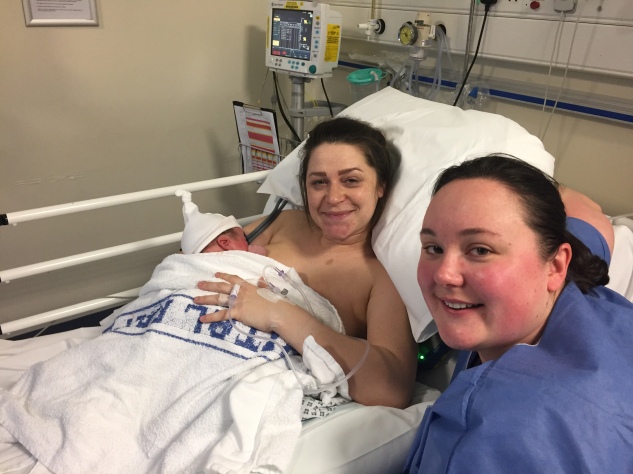 We had skin-to-skin. O latched straight away and quite frankly it could not have been more perfect (apart from my puffy face and hair in this pic which is far from instagram ready #whereareallmykeepingitrealmumsat).  And then we were three, the Hanson-Medleys, the newest girl-gang on the block, and it felt unbelievable.  We were able to go home the next day, where the fun really started. 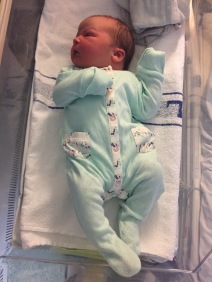 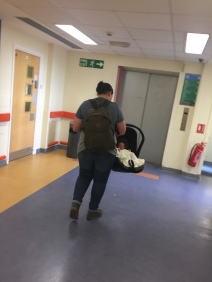 On the subject of elective C-sections, prior to O being born, I struggled with making the decision about the best option for our birth.  Even after we decided on an elective C-section I was still questioning myself.  What if they’ve got it wrong about her being big?  What if everyone thinks I’m ‘too posh to push’?  Is this an unnecessary prolonged recovery?  And all of that could’ve been so.  But I can honestly say, as she was born I knew we had made the right decision.  We had the most amazing experience, it was calm, we were in control and we have a perfect little babe at the end of it.  Neither of us experienced any trauma or distress (apart from the half-headed people and the babe probably feeling like she was plucked too soon – although we were 40+5 with her making no attempt to vacate).  And although there are obviously risks involved, I know we 100% made the right decision for us and I could not be happier.

If anyone is struggling with the same decision, just be brave.  You know what’s best for you, your body and your baby.  We could not have asked for a more positive and amazing birth experience, and ending this in the words of Kylie –  if I had to do it all again, I wouldn’t change a single thing.

The one about our first week home – coming soon